Ever dreamed of owning your own business in the #1 beach area for surfing in the DR? Surfbreak Cabarete, a Playa Encuentro Hotel is located a short distance away from the world famous Surf Beach. It’s a hidden gem with tropical gardens, a yoga studio with breathtaking views and 2 private pools.

What makes this property so special? It is actually situated over two separate lots with 17 bedrooms in total, offering different accommodation options for its guests.

SOLD Currently run as an Asian Sushi Bar in the… 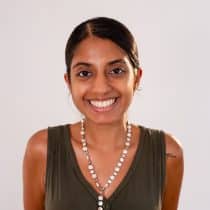